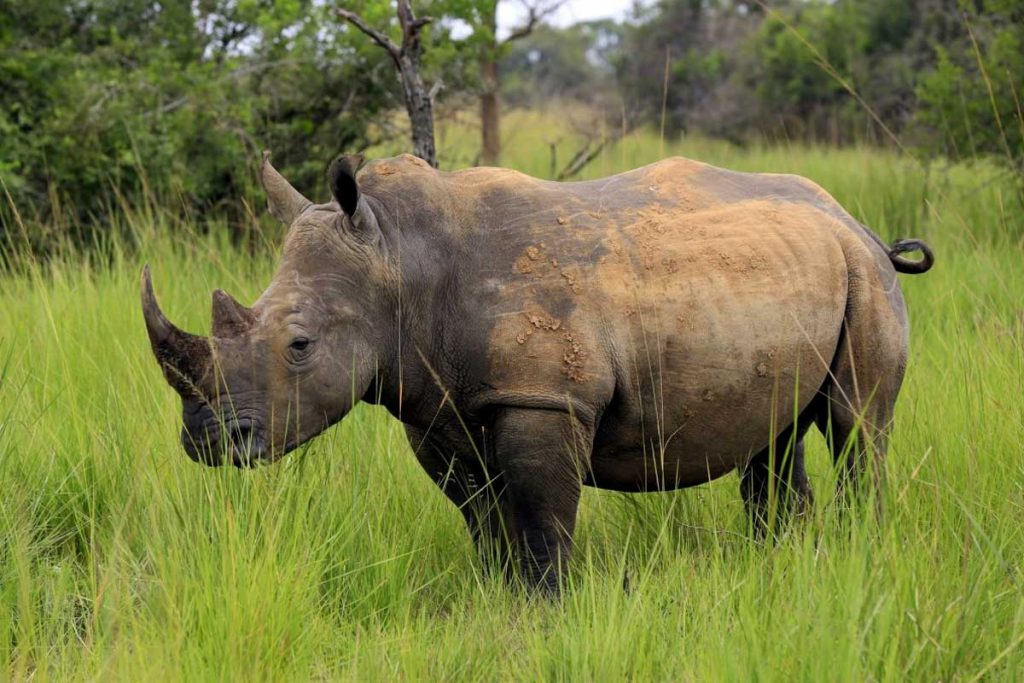 Request a Quote
The only home to the endangered white Rhinos in Uganda, Ziwa Rhino Sanctuary sits on 7000hectares of private land in the pastoral district of Nakasongora. It is the only place to chance on wild Rhinos in Uganda. The sanctuary was established in 2005 following the conservation efforts for reintroducing Rhinos in Uganda. This was the work of the Rhino Fund Uganda and the Uganda Wildlife Authority. It is purely a non-profit project.

Uganda had high numbers of Rhinos before the 70s but they faced a total extinction due to the civil wars. The last Rhino in Uganda was poached in Murchison Falls Park in 1983 so the establishment of Ziwa Rhino Sanctuary in 2005 saw their reintroduction into the country. The sanctuary started with only 6 Rhinos that were imported from South Africa. It now boasts of a total of 22 Rhinos.

The sanctuary is located 175KM from Kampala on the Gulu highway. It is conveniently located close to the main highway and is a popular stop over for trips to Murchison Falls and Kidepo Valley Parks. If yearning to see the big5 on an African safari, a visit to Ziwa Rhino Sanctuary combined with Murchison falls or Kidepo Valley Park will have you covered. The shortest time you can have a Big5 tour is 2 days though it will be too much of a rush but still highly recommended to those with limited time in Uganda.

With Rhino tracking as its major activity, the sanctuary is also a popular spot for bird watching tours, nature walks, canoe rides(mainly for birding), among others. Other than Rhinos, many animals can be spotted during any activity at the sanctuary. Animals include the Bush bucks, Water bucks, Uganda Kobs, monkeys, crocodiles, hippos, reptiles and many others. The sanctuary has a record of over 300 bird species making it a bird watchers� must visit. It has the endangered Shoe bill stork, Abdim�s stork, the Blue spotted dove, Red winged starling, Crested Francolin and a lot more.

Ziwa Rhino Sanctuary runs Amuka Safari Lodge and Ziwa Rhino Guest house which are mid-range and budget facilities, respectively. These lodges are safe and comfortable for overnight stays. Some activities at the sanctuary are strictly early morning or late evening yet the sanctuary lets in visitors from 7.30am and closes at 7.PM. Stay overnight to be able to take the Shoe bill and other birding tours, the evening and night walks into the sanctuary. Rhino tracking is available all day but again the recommended times are 8.00AM to 10.00AM and 4.00PM to 6.00PM.