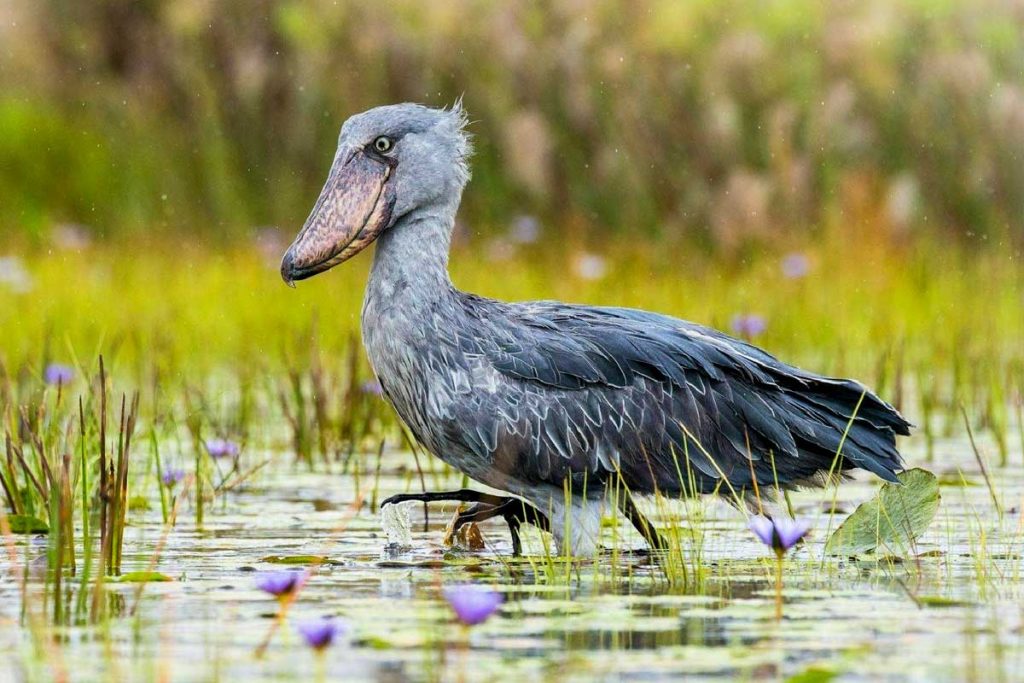 Request a Quote
1 Day Mabamba Swamp Shoebill Tour, A part from being a great habitat for many different bird species, Mabamba swamp is home to the most rare and sought for birds in the world i.e. the shoe billed stork. This one day tour will give you an opportunity for a close encounter with the eccentric Shoe bill at Mabamba.

The Wetlands were designated as a Ramsar Site as of international importance in 2006 being home to the rare and globally threatened Shoe billed stork. Today, the shoe billed stork is one of the most popular tourism destinations in Uganda.

List of Bird Species one may spot at Mabamba Swamp

You will be picked up by one of the guides to begin your journey to Mabamba Swamp found about 50 kilometers southwest of Kampala and north of Entebbe town. The site is the most accessible for spotting the wild species of Shoebill Stork in Uganda and probably Africa at large.

While on this tour, we will sail on the calm waters of the swamp through papyrus and sea weed in the Mabamba Bay and on to the unscathed attractiveness of the wetland, where we will have the highest chance of seeing Shoebill and other papyrus specialist birds like Saddle-billed Stork, Malachite Kingfisher, African Jacana, and many more.

This will indeed be an experience you will never forget sailing on one of Uganda’s largest swamps and letting the magical spell of Mabamba engulf you with nature’s gleeful song.