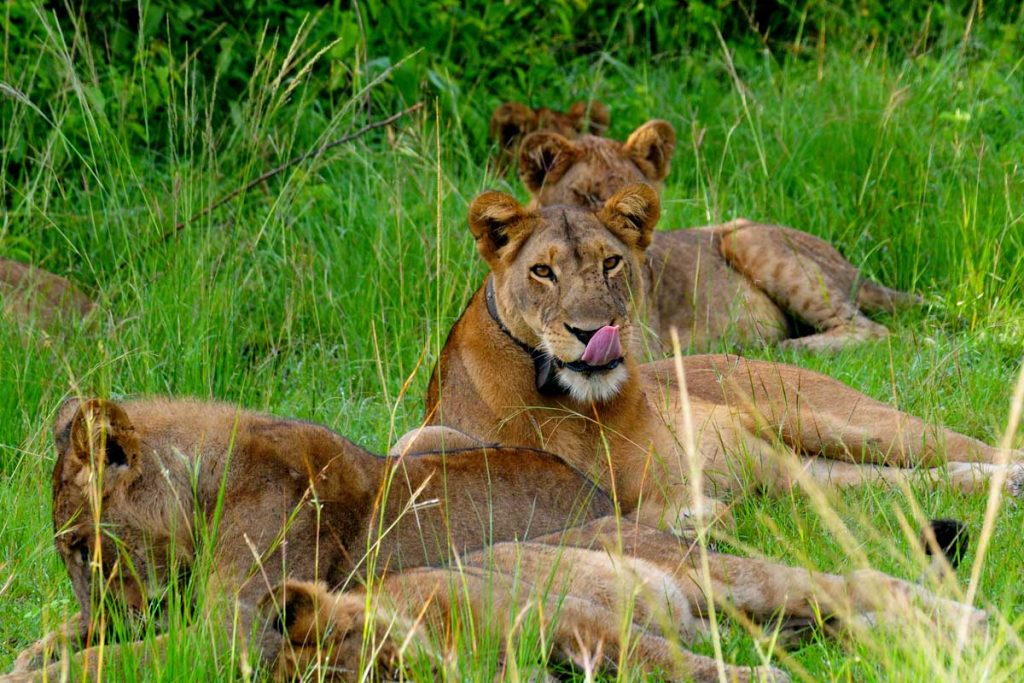 Whilst on a game drive in the popular southern plains you will be overwhelmed by the never-ending flat seas of grass. Trees in this region mostly only appear around the huge granite formations called kopjes. These kopjes are home to the athletic yet lazy rock hyraxes as well as to a mix of reptiles such as colorful agama lizards and snakes. Besides that, the rocks are also the perfect resting place for lions, leopards and cheetahs. Cats seem to prefer the kopjes as they serve as a good vantage point for potential prey but also offer much needed shade during the scorching heat of the African sun and provide shelter for their young. All of the kopjes are named and the most commonly-known ones are Simba, Gol, Research and Moru kopjes.The Seronera Valley is the heart of the park and here the vegetation changes do acacia dotted plains, where lions and leopards are often spotted. The banks of the Seronera River are lined with lush palm trees, sausage trees and towering yellow fever acacias. The area around the river is abuzz with different bird species and large flocks of black headed herons, marabou storks and various birds of prey. The Retima Hippo Pool can also be found in the Seronera region and it is here where you can get a good look at these gentle giants in their natural habitat