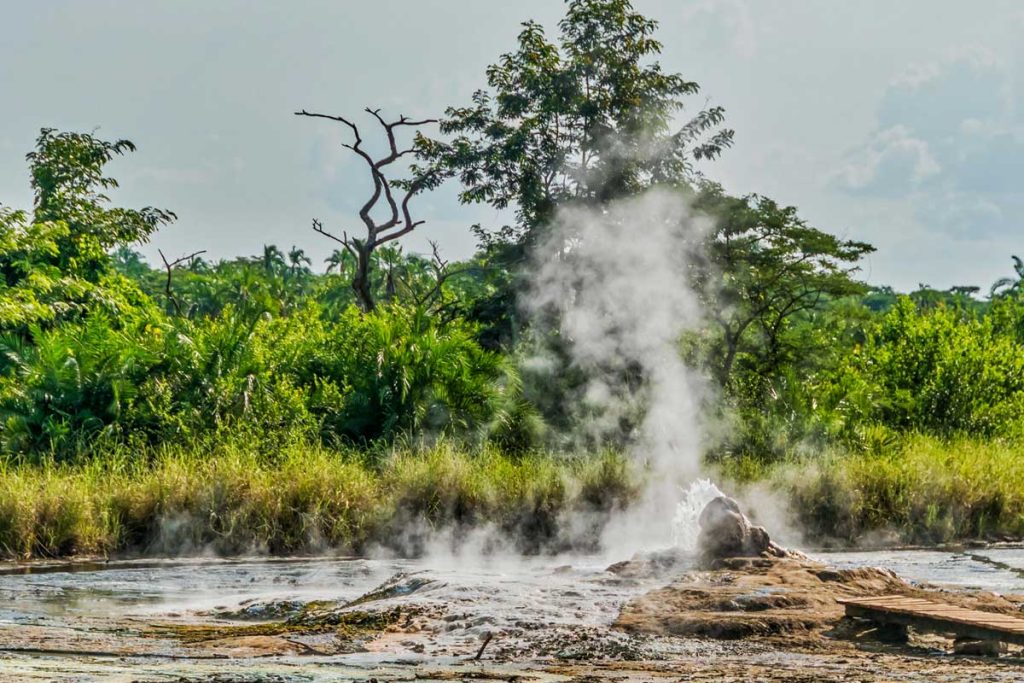 Request a Quote
A quite impressive birder’s haven with over 441 bird species stirring up the magic in the steaming pots of Sempaya right below the Rift valley escarpments with their beautiful chirpings of a morning song. You suddenly wonder if you are in a different world altogether but it is just another new day in Semuliki national park, bringing you a feel that’s Central African in every way and yet its right on the soils of East Africa!

A central African feel in East Africa is quite a win/win for most travelers, Semuliki’s area of 220km2 is largely dominated by the extension of the Ituri forest of Congo basin and therefore the Congolese cannot go unnoticed as it shines bright through the Batwa group of people who are inhabitants of the great ancient Ituri forest.

Gazetted in 1932 and established as a national park in 1993, Semuliki is a home to 53 mammals and has remained with its untouched beauty over the years with the most unique blend of tropical lowland forest that sets it apart from the rest of the national parks.

The best time to visit this park is in the dry season, December-February and June-August, during these dry months the animals tend to flock the River banks of Semuliki River to quench their thirst and hence making it easy to view them. January to February is perfect birding time because it’s less congested in the park.

Temperatures in this park range from 180C-300C which is quite beautiful weather and makes planning for the trip easy in terms of what to pack but as you know, the wild is quite unpredictable and the nights tend to come with a cold breeze, its therefore wise to carry with you a few small things so that you are not caught off guard.

Activities include, birding, hike to the springs and carry out various experiences like boiling an egg, cultural encounters with Bakonjo, Bwamba farmers, Batuku and many others. Game drives and nature walk on Kirumira trail to Semuliki River.