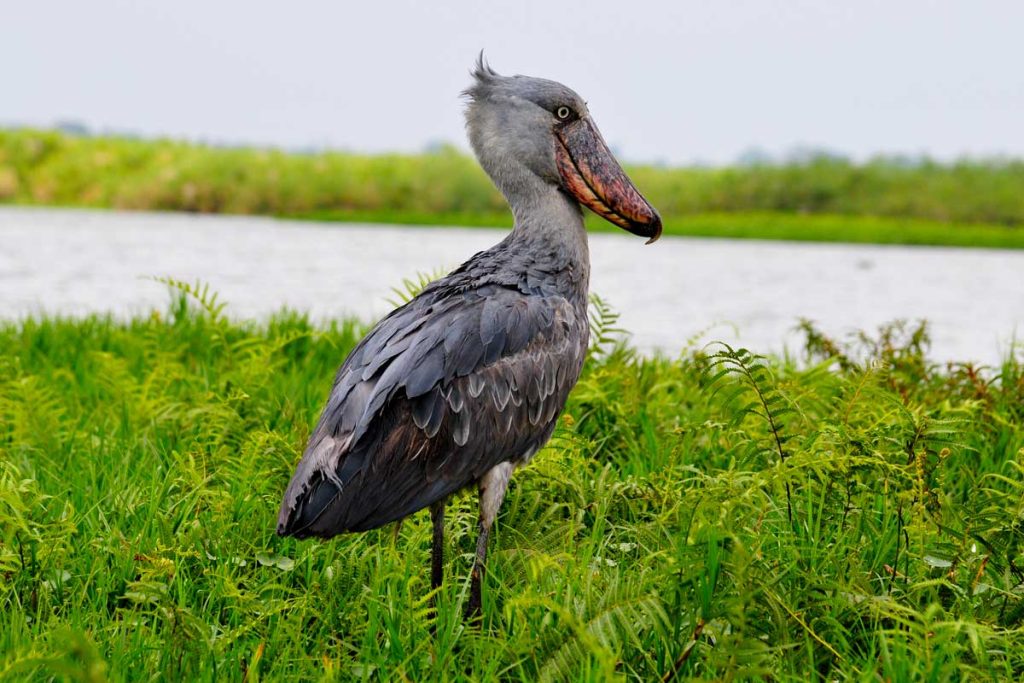 Uganda, a bird watcher’s Paradise! This is not a hyperbole but so true in the real sense of the word. By its remarkable avian diversity, Uganda constitutes an excellent birding destination in Africa. It is as small as Great Britain but Uganda’s avifauna is so impressing and overwhelming to say the least. The country supports a record 1050+ bird species and this is attributed to its conducive environment for the multiplication of a variety of birds. This is associated with its location between the East African Savannah, West African Rain forests and the Semi-desert of the North. There are 2 bird species endemic to Uganda – they can only be spotted in Uganda, but considering East Africa as a whole, there are over 150 endemics. There are 3 major bird habitats in Uganda which are Savanna, Forest and Water.

Except the topography of some birding areas and the urge to have a particular bird off one’s list, bird watching in Uganda is not a hustle as birds are everywhere. This among others make Uganda the finest bird watching destination in Africa. Some of the most sought after birds in Africa are resident here notable among which is the ancient pre-historic looking Shoebill stork. Uganda attracts migratory bird species from as far as Europe and are usually spotted between November and April. Bird watching in Uganda is a very exciting adventure attributed to not only the diverse avian fauna but also the abundant wildlife in the birding areas. While on a birding trip in Bwindi Impenetrable Forest National Park, for instance, you can have the rare opportunity of stumbling upon the amazing Mountain Gorillas. This can also be the case with your Mountain Gorilla trekking tour which can be done alongside bird watching.

Uganda is an all year round bird watching destination especially when the main birding interest lies more in the resident than the specialties or migratory species. When targeting the patriarch migrant species, the best time to visit is September to late April while October to March is good for the Intra-African migrants. However, the trails especially the forests are not easy to navigate during the rainy/wet months of February to April and September to November. Although it never rains the whole day in Uganda, it’s important to note that rains could interfere with the birding time. Uganda is a generally wet country where what we take as the dry months are not totally dry as rains surprise us even in the known dry season.

How to prepare for a Bird Watching Safari in Uganda

Bird watching in some parts of Uganda is very demanding as it involves trolling through mountainous areas and dense forests which can be quite hard going so some mental and physical preparedness is required for one to enjoy a birding safari in Uganda.

For the bird watching equipment, kindly carry a pair of binoculars, a good lenses camera, telescope, birding calls or a recorder, sticker and a pointer among others.

Wear nature blending colors for trekking pants, shirts/tops, a rain gear and trekking shoes or shoes with a nice grip to maneuver through some hard to navigate parts of the trails.

Last but not least, share your bird checklist with our tour experts to prepare for you a memorable birding trip which can be a one-day to as many days as you may have for the tour.